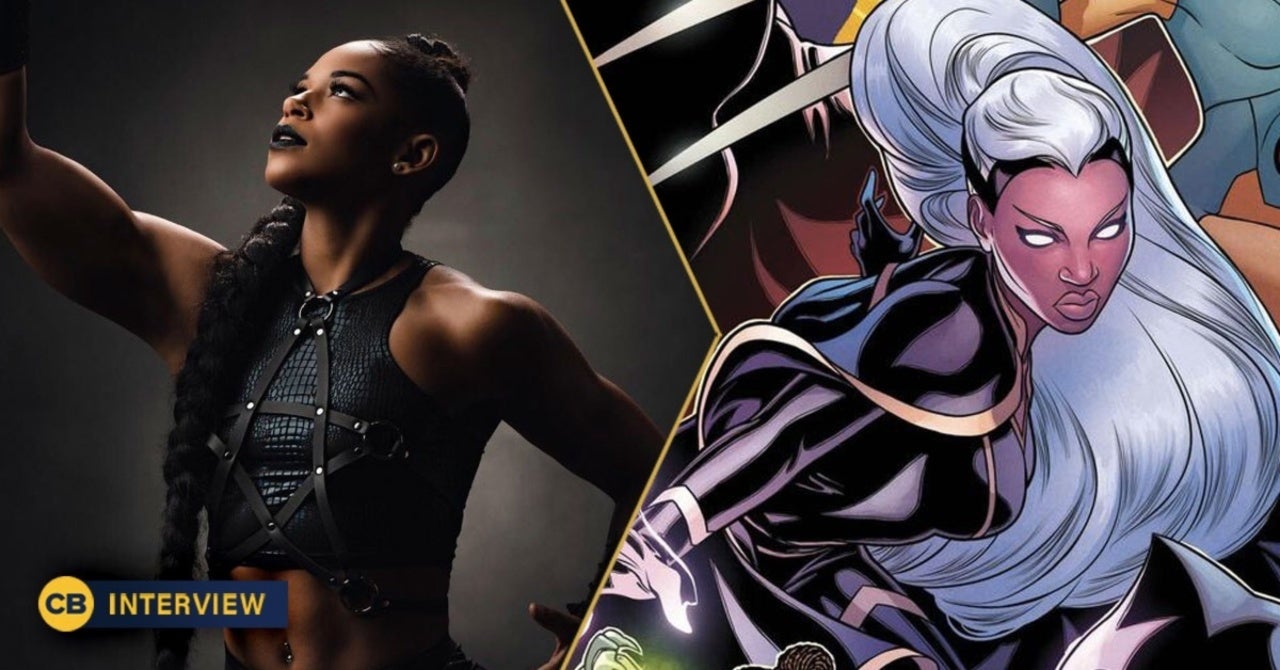 Bianca Belair is already making waves on SmackDown since the 2020 WWE Draft, and now she’s about to head into battle at Survivor Series as part of the Women’s SmackDown team. That said, she’s also up for battling it out in the Marvel Cinematic Universe, and she has one particular character in mind she’d love to play. ComicBook.com recently spoke to Belair about her rise on SmackDown and her upcoming battle at Survivor Series, but we also had to know if there was a superhero she would love to have a shot at in movies, animation, or games, and without hesitation, she picked out the Weather Goddess of the X-Men, Storm.

“I want to play Storm. I love her look. I do want to do a gear, a Storm inspired gear,” Belair said. “My husband, he’s huge into superheroes, he’s into Marvel, and I didn’t get into it as much until I met him. So he’s introduced me to all of it, but Storm, her look, the fact that I just love the characteristics about Storm. She’s calm, but then she gets angry, and she handles her business. She’s strong and she’s confident and she’s loyal. It’s just everything about Storm, I just feel like appeals to who I am.”

Belair actually makes all of her own gear, as we’ve seen on SmackDown, Raw, and NXT up to this point, so she could make that Storm gear a reality at any time. Hopefully, that happens, and if she does pick Storm, you’ve got plenty of different costume looks to choose from. That said, fingers crossed for the silver and yellow because that look is fire.

As for playing the character, the X-Men are coming into the MCU over the next few years, and they will need someone to play Storm, so it seems Bianca will definitely have her chance at the role.

Here’s the full card for this Sunday’s Survivor Series so far.

The Survivor Series kickoff show starts at 6 PM EST while the main event starts at 7 PM EST on the WWE Network.

Would you want to see Bianca Belair play Storm? Let us know in the comments or as always you can talk all things WWE and Marvel with me on Twitter @MattAguilarCB!