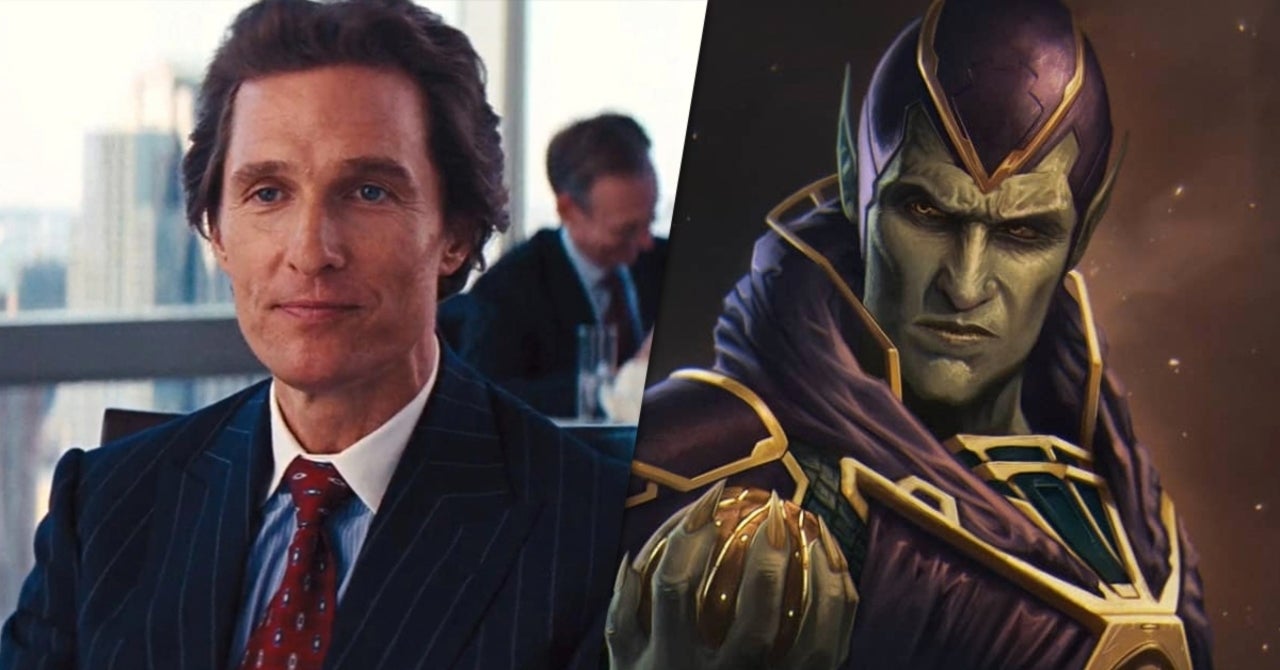 At one point or another — likely soon after principal photography on Sony’s Uncharted wraps — filming on Sony and Marvel Studios’ Spider-Man 3 will officially kick-off. The movie will likely feature Peter Parker (Tom Holland) on the run after the fallout from Spider-Man: Far From Home, leaving fans to speculate what villain (or villains) from Spidey’s rogues’ gallery could end up appearing in the film. While most think the movie will finally feature the live-action debut of Kraven the Hunter, there’s still a contingent hoping Norman Osborn arrives before long. After all, you can’t have Spider-Man without the Green Goblin — right?

Standout concept artist Jackson Caspersz has taken it a step further and painted a portrait of what the Green Goblin could look like in the MCU, using Wolf of Wall Street alumnus Matthew McConaughey as the basis for the piece. Believe it or not, the look actually works; see it for yourself below.

“In terms of the suit design, I wanted to have elements from the comic style coth and chain mail, but also mix it with some Chitauri armor that we saw in Avengers,” Casperz said of the art. “I think Norman Osbourne [sic] having such a huge company would be able to get his hands on it after the Battle of NY.”

McConaughey was a name thrown around when it was first revealed Marvel Studios would be co-producing Spider-Man features with Sony, though nothing has yet to come of it. As revealed in Spider-Man: Homecoming, Tony Stark (Robert Downey Jr.) sold Avengers Tower in New York to somebody, leading to speculation it could eventually be turned into OsCorp or the Baxter Building for the Fantastic Four.

What characters are you hoping pop up in the Spider-Man threequel? Let us know your thoughts either in the comments section or by tweeting our writer @AdamBarnhardt to chat all things MCU!