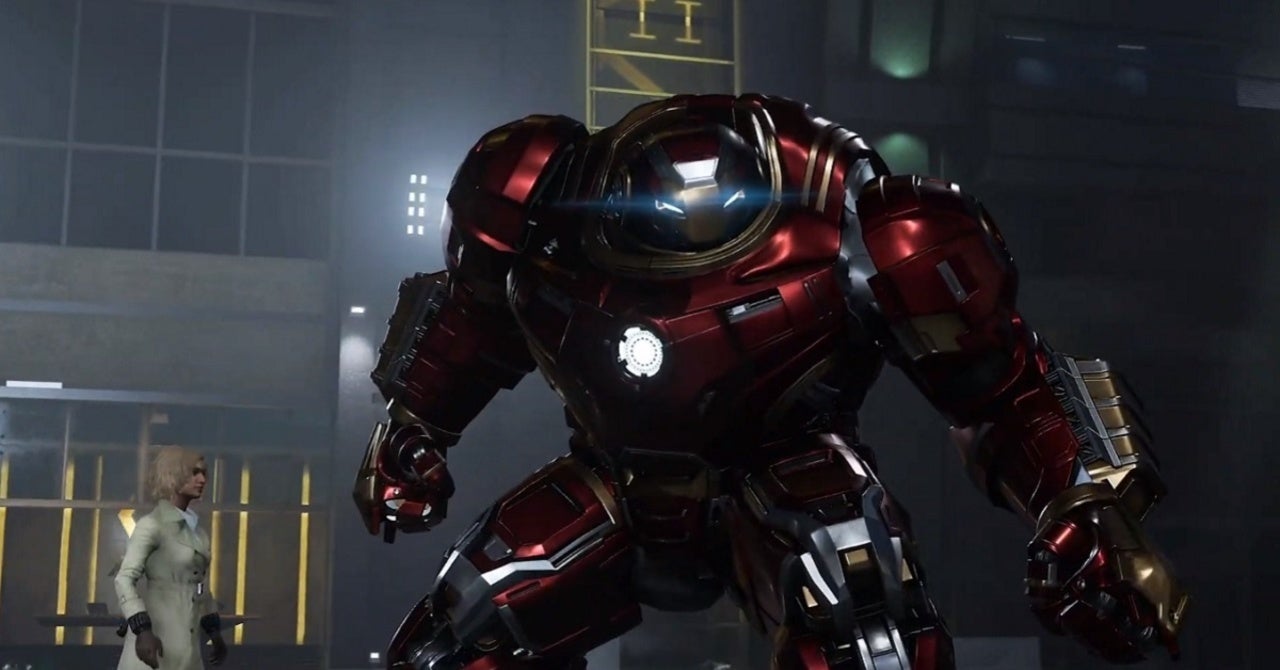 The latest War Table stream for Marvel’s Avengers saw the Hulkbuster standing tall as we learned more about how Iron Man’s Hulk-sized creation would make an impact in the game. Unsurprisingly, it’s going to be a big component of Iron Man’s arsenal and isn’t something that we’ll see all the time, but when we do see it, it’ll be impossible to miss. It’s been confirmed that the Hulkbuster will be Iron Man’s ultimate ability, and Marvel’s Avengers players will be able to use it first in the game’s beta when that first hands-on experience with the game launches next week.

Marvel’s Avengers’ version of the Hulkbuster was first revealed last month during the June War Table stream where we caught just a brief glimpse of it to tease that it would be a part of Iron Man’s arsenal. After that preview, we followed up with Crystal Dynamics studio head Scot Amos who confirmed that the suit was “not some one-off skin” and was instead a “major component of Tony’s arsenal,” but that was all that could be said at the time.

July’s War Table stream expanded on those teases though by showing off some of the Hulkbuster’s abilities as it tore through AIM robots with ease.

“Hulkbuster comes equipped with rocket-propelled melee attack combos and overpowering dash attacks that can literally sweep enemies off the battlefield,” the War Table stream confirmed. “You can access Hulkbuster’s rocket-propelled punches, rocket-propelled gauntlet cannon, including an extra powerful repulsor blast and leap-and-slam attack, and the ability to sustain tons of damage.”

There are still some questions about the Hulkbuster suit that remain unanswered. A tease during the War Table stream said that there would be some alternate methods for deploying the Hulkbuster suit, but we don’t know what those are yet.

Whatever they may be, it sounds like we’ll be able to unravel those answers during the beta. Iron Man, Hulk, Black Widow, and Ms. Marvel are the four characters playable in the beta, so expect to see the Hulkbuster fighting alongside them in some form.

That beta begins on August 7th which will mark the first time that the public has gotten a hands-on experience with the game. It’ll be available only to those who pre-ordered Marvel’s Avengers on the PlayStation 4 at first, but it’ll soon come to the Xbox One and then to both platforms in open beta at a later date.