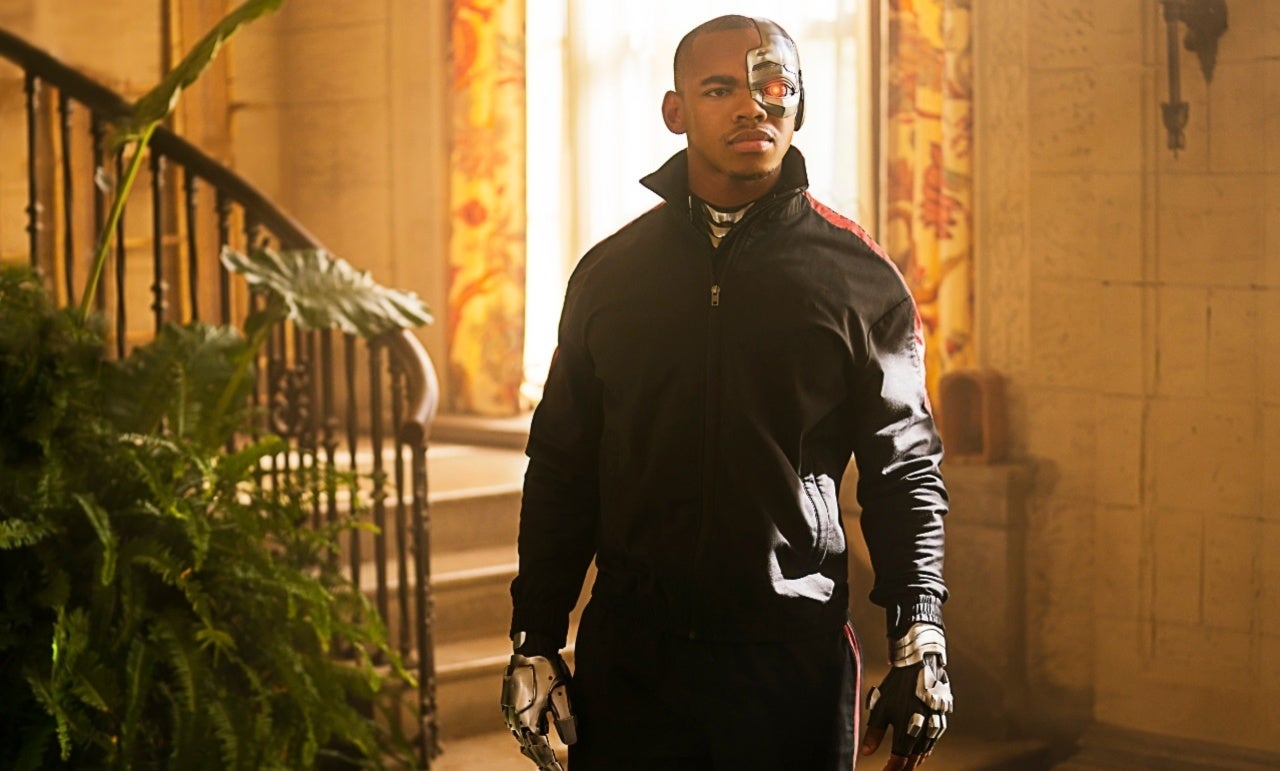 Joivan Wade who plays the role of Cyborg on Doom Patrol, is the latest DC actor to put his face on a “Release the Schumacher Cut” video. Like many of the others, Wade’s video was requested through Cameo, a service where fans can get custom messages produced by celebrities. Wade seems to get more of the context of the Schumacher cut than some of the other folks who have chimed in, linking it in the video to HBO Max’s announcement that they plan to release Zack Snyder’s director’s cut of Justice League. The fans want it, he says in the video, and he has to line up behind them.

Wade’s video was full of energy and enthusiasm — but since he works with HBO Max, also a respectful tone and a final “please and thank you — booyah!” That last bit, Cyborg’s animated catchphrase, was supposedly a point of contention for big-screen Cyborg Ray Fisher during the Justice League reshoots.

According to writer, producer, and podcaster Marc Bernardin, a 170-minute cut of the movie exists, but that Warner Bros. has never made a move toward releasing it because they weren’t sure whether there was a market for a longer, darker version of a lighthearted, popcorn-movie version of Batman.

The film, in which Val Kilmer played Batman while Chris O’Donnell played Robin, Jim Carrey was The Riddler, and Tommy Lee Jones was Two-Face, was a turning point for the character. When Batman came out in 1989, Tim Burton rebelled against the camp and silliness that most non-comics audiences associated with the character as a result of the wildly popular 1966 Batman TV series. Burton went darker still with Batman Returns, and when Warner Bros. wanted to try something else for the third movie, Schumacher presented a neon-technicolor film, saturated with camp and bringing the spirit of the ’60s show to the big screen.

The “Schumacher Cut” is one of a pair of movies — the other being David Ayer’s director’s cut of Suicide Squad — that fans are championing following their successful campaign to convince Warner Bros. to let Zack Snyder finish and release his director’s cut of Justice League. Last week, we reported on a trio of DC stars who had similarly (either on their own or with a little coaxing from fans on Cameo) spoken out in favor of Ayer’s cut of Suicide Squad.

“I have it on pretty good authority that there exists in the Warner Bros. vault a 170-minute cut of Batman Forever,” Bernardin told his Fatman Beyond co-host Kevin Smith. “I think that it went much deeper into his childhood psychosis and his mental blocks and that it was a more serious, darker version of that movie that was one of the first assemblies that Joel filed with the studio and they eventually cut it down because they were like ‘it’s too dark for kids. We gotta sell these Happy Meals, so maybe let’s not invest ourselves in the trauma of childhood murder. We’ve got Jim Carrey, let him do some s–t.”

Smith said that while WB might doubt it, he strongly suspects fans would like to see the extended cut, noting that post-laserdisc and DVD, audiences are smart enough to understand the differences between cuts.

“In a world where Joel Schumacher just passed away, what an interesting, wonderful testimony that would be to his work, to get to see a totally different version of Batman Forever,” Smith said.

Rumors of longer, tonally different cuts of both Batman Forever and Batman & Robin have existed for a while, and a #ReleaseTheSchumacherCut hashtag started to circulate on Twitter shortly after HBO Max announced the upcoming release of Zack Snyder’s Justice League — but until this point it had seemed largely speculative and unlikely to have any viability — especially after Schumacher passed away. Do you think this new revelation changes that? Hit us up in the comments or let me know on Twitter at @russburlingame! And Bernardin says, for anybody who thinks WB should release this version, to tweet #ReleaseThe20000Cut, a reference to a running joke from a previous Fatman Beyond episode.