On the latest episode of SBS MTV “The Show”, OH MY GIRL
‘s YooA had received her first win with her solo debut title track ‘Bon Voyage’.

The idol was surprised by the amount of support and love she had received and was seen holding back her tears when giving her thank you speech.

For the full encore, you can check out the video above!

It was noted that the OH MY GIRL members were also watching her through the TV when she was giving a speech for her win.

Leader HyoJung was noted to have visited YooA and even appeared on stage for YooA’s encore stage. The two of them were also spotted later on. 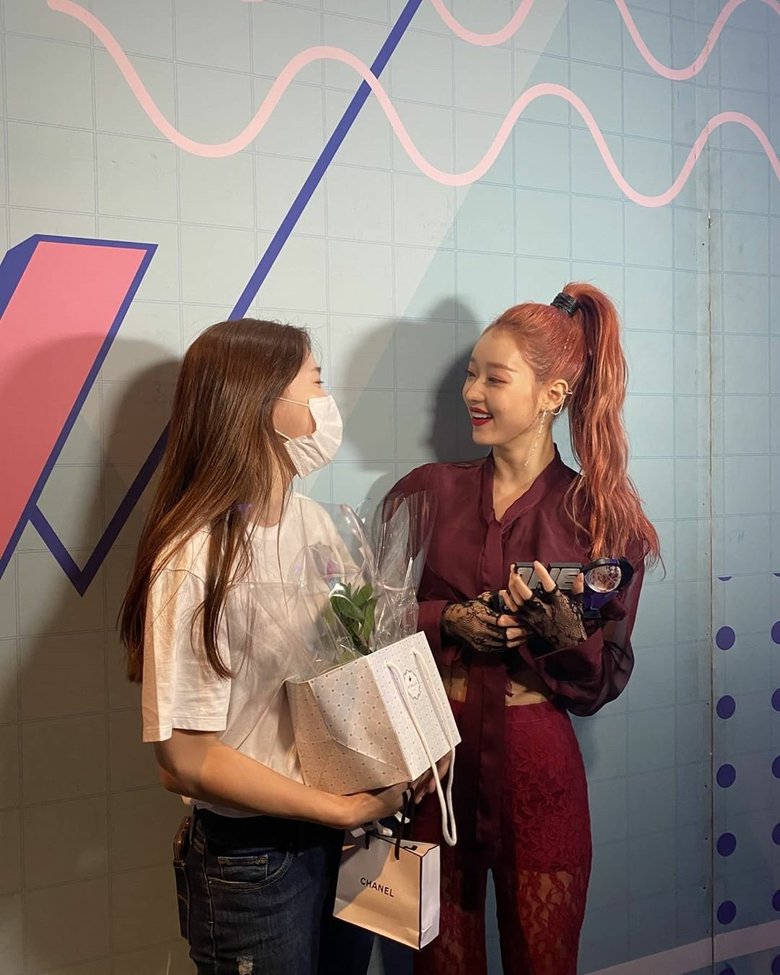 MIRACLE from all over the world was extremely happy to see how YooA had received her first win and hoped that many would also lover her debut album.

YooA will be promoting ‘Bon Voyage’ on various music shows.