So, we’re three episodes into the latest Pokemon anime series, titled Pokemon Monsters, or the Pokemon Sword and Shield anime. And y’all, I have some opinions about the new character named Go (Gou in Japanese). The most recent episode made me think (even more than before) that Go might not be straight!

I noticed that something might be up with Go when the art for the new characters was revealed. At first, I thought the Sword and Shield anime was going to have a 10-year-old girl as a co-lead with Ash and his Pikachu. I mean, can you really blame me for thinking I was looking at a tomboyish anime girl because Go’s design featured long eyelashes and hair clips? 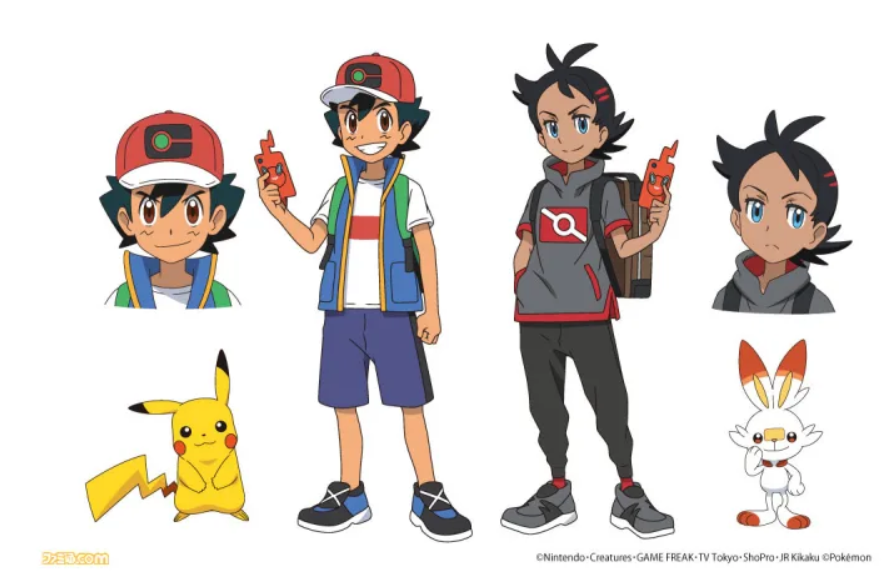 But then I went over the character descriptions and found out that Go is supposed to be a boy. And you know what? I was okay with it. I was like… good for the Pokemon franchise to have a lead anime boy character (in kid-centric content) that looks different, even if he skews a bit more feminine in appearance.

And then, I watched the premiere where Go’s supposed to be six years old. I didn’t think too much of it because, in a sense, many boys do look like girls when they’re young. But then I watched the second episode, and I was quite surprised by how feminine a 10-year-old Go looked in the anime.

Again, I appreciated it. Kudos to the Pokemon franchise for offering something different, which many kids could relate to as far as personal style is concerned. Society isn’t always accepting when it comes to little boys wearing hair clips.

Anyway, episode 3 is what made me think about what the writers might be up to. I do understand anime boys that are shy. But Go didn’t come across as one.

For those who haven’t watched the episode, well, whenever he interacted with Ash, he blushed, even when simply looking at Ash during a battle.

Going by what The Legend of Korra (and other content) has taught us, if a particular character begins blushing way too much while interacting with someone else (especially a character of the same gender), there’s definitely something going on.

Now, I’m not saying that Go has a crush on Ash 100%, or that Go is a confirmed queer character. What I’m saying is that the signs are all there. At least, from what I’ve seen in the three episodes. 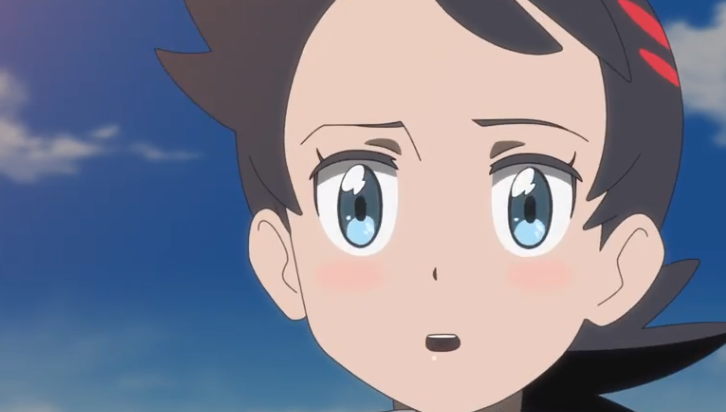 Considering this is a kid-centric anime series airing worldwide, I don’t believe for one second the writers will come out and be very obvious about Go’s queerness. But I wouldn’t be surprised if the writers continue the trend of dropping signs as the current story progresses.

And for that, I’m kind of glad.

I know I would have been excited to see a character like Go when I was a kid. As far as my opinion goes, as long as queer kids around the world are able to relate to him (even if he doesn’t necessarily come out), I’m okay with giving the Pokemon Sword and Shield anime some points for effort. 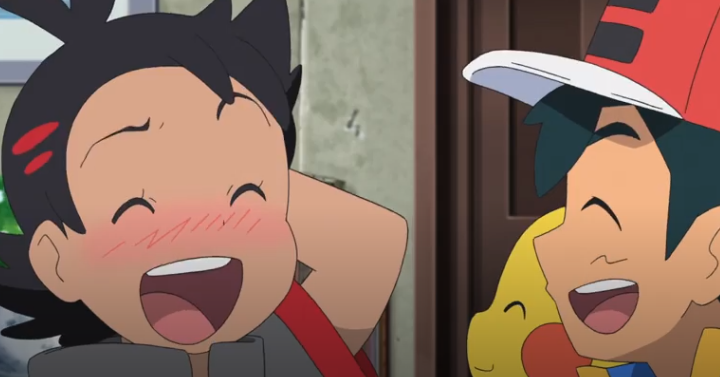 The Naruto and Boruto franchises have Orochimaru (a gender non-binary character). But Orochimaru is a reformed villain. So, that’s not particularly good representation. Then there’s also Orochimaru’s son Mitsuki, who is apparently in love with Boruto. Also, the writer of Boruto has shared that there are more queer characters in the very popular franchise.

So, it’s not like queer characters can’t be made part of kid-centric content. At least, the good news is that if Go is indeed queer, he’s a protagonist (and co-lead) and doesn’t follow the villainous gay trope or is used for comedic relief (which many queer characters have been used for in anime and other media).

Maybe Pokemon is trying to be more accepting by introducing Go even if they can’t be too obvious about it?

The anime has showcased Team Rocket members Jessie and James as being comfortable with wearing clothes that are traditionally meant for the opposite gender as disguises. But again, they are villains and the disguises are used for comedy.

Let’s see what happens with Go in the upcoming episodes of Pokemon Sword and Shield.

Farid has a Double Masters in Psychology and Biotechnology as well as an M.Phil in Molecular Genetics. He is the author of numerous books including Missing in Somerville, and The Game Master of Somerville. He gives us insight into comics, books, TV shows, anime/manga, video games, and movies.